The OBK reentry program for men and women coming out of prisons and jails welcomed Nautica Young to work during the winter semester doing research on traumas, conducting new client INTAKE’S, and working with both men and women in the Life Skill classes. Nautica also wrote articles on: “Why Reentry Programs are Important” and also a power point presentation on “Restorative Justice” and how the process was beneficial to the victim, offender and the community. Since it is very difficult to gather all the parties together it was suggested that some of the interface could be on ZOOM to avoid direct contact at the beginning of the process.

Nautica was also able to work with the staff and make recommendation about program additions and improvements based on her studies on Criminology and Criminal Justice (Major) and also Corrections and Psychology (Minor) at Indiana State University.

OBK was approved as an internship site by Indiana State University and looks forward to having other undergraduates and graduates to continue their on-site education dealing with the reentry process for returning citizens in the Metro-East area. 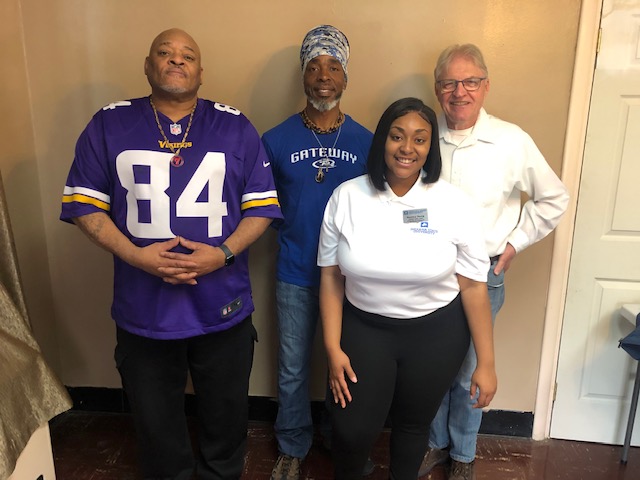 It's easy, just sign-in to Amazon Smile using your Amazon account.Then search for Our Brother's Keepers of Southern Illinois under charitable organizations. Finally, every time you purchase something through Amazon, OBK gets 0.5%.