Illinois Legislation seeks to limit use of solitary confinement (March, 2016) 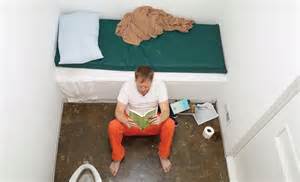 Legislation sponsored by Democratic Representative La Shawn Ford, of Chicago, would limit solitary confinement to  no more than five consecutive days and five total days during a 150-day period. That would be a dramatic change  from current rules that allow prisons to isolate inmates in solitary for weeks or years at a time. The legislation  would also require prisons to allow inmates in solitary to spend four hours per day outside of their cells.

State corrections officials oppose the measure telling lawmakers it would go too far and that they want the chance to change things on their own. Mike Atchinson, the chief of operations at the Illinois Department of Corrections, told lawmakers that he agrees the system needs to be improved, but he insisted that segregating some inmates is necessary.

Reference: America Magazine, “We Are One Body”, by Katie Rose Quandt, July 15-22, 2013 (Brian Nelson’s story and Catholics raise voices against the use of solitary confinement)