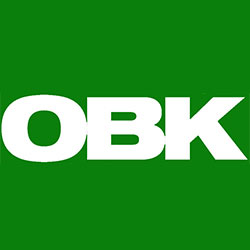 A few years ago I told this story about Fr. Chris, who died a year ago today while I was spending a few days with friends in Tampa, Florida.  When I returned from one of my annual winter treks to Florida a few years ago, I asked someone if everything went okay while I was away, and they replied, “Well, everything was fine, but last Sunday I noticed that Fr. Chris’ homily was not nearly as good as usual.”  And so when I saw Fr. Chris, I asked him how things went while I was away.  And he replied, “Well, Carl, I must confess that I was so busy taking care of everything while you were away that last Sunday I didn’t even have time to prepare a homily, so I just used one of your old ones!”

We all miss Fr. Chris and his wonderful homilies! I especially remember that on one Good Friday, Fr. Chris gave the homily for the annual Columbia Ecumenical Service at noon, and then gave a different homily for our Good Friday service here at 7 PM.  I told him that he gave the two best Good Friday homilies I’ve ever heard, both on the same day!!

Today’s Scripture readings remind us that the call to discipleship is an all or nothing proposition.  Discipleship demands that we make Jesus Christ the center of our lives, and that we must be willing to let go of everything else to follow him. There is no place in discipleship for a half-hearted commitment or for mediocrity.  Just as Jesus himself was, in the words of St. Luke’s Gospel, “resolutely determined to journey to Jerusalem,” so too we must be “resolutely determined” to follow him.  It is not enough to just be a fan of Jesus; we must be a follower of Jesus!

When Fr. Chris first arrived at Immaculate Conception back in July of 2013, he began his first homily by saying, “I’m going to be with you on weekends, but the rest of the week I’ll be in prison!” But during the weekends here with us, he touched all our hearts with his strong, unequivocal advocacy for the least of our sisters and brothers, especially those incarcerated in our southern Illinois prisons, and by his preaching and by his ministry inspired us all to do the same in our lives.  Since his arrival here in the Diocese of Belleville in 2002, he has made a lasting impact on our Diocesan prison ministry efforts in recruiting and training numerous volunteers, and himself ministering to those who are often forgotten or ignored in our prisons, and receiving numerous, well deserved awards for his efforts.

I vividly remember giving Fr. Chris a letter a couple of years ago with the return address of the Apostolic Nuncio, the Pope’s Representative in our country, and we both held our breadth as he opened that letter, wondering if it was good news or bad news.  It was exciting news, as the Apostolic Nuncio was inviting Fr. Chris at the request of the Holy Father, Pope Francis, to give him an update on prison ministry in the United States! His reputation for being “resolutely determined” was known even at the Vatican!

During his later years, when many priests would be thinking of retirement, Fr. Chris was “resolutely determined” to continue to be active in his pastoral ministry, in spite of deteriorating health and limited physical mobility.  I remember one year during Holy Week as we approached the Holy Thursday Liturgy of the Lord’s Supper and the washing of feet, Fr. Chris very apologetically said to me, “Carl, there’s no way I can get down on the floor to help wash feet… If I did so, you would have to call a tow truck to get me up!”  We were honored to host Fr. Chris’ Golden Jubilee of priesthood celebration here on June 26, 2016, and I was amazed at how many folks traveled such distances to pay tribute to him by their presence here with us that glorious day.  And I’ll never forget the last time Fr. Chris was able to be with us here; it was on Sunday, June 24, when he concelebrated Mass for the final time on the occasion of his 52nd anniversary of ordination to the priesthood.  Little did he or we know that on that very evening he would return for the final time to St. Elizabeth’s Hospital.  On several occasions, Fr. Chris said to me and others, “If I can’t get well and continue my pastoral ministry, I’d rather die than be an invalid for the rest of my life.” And so early in the evening of Saturday, June 30, God answered his prayer.

His body is dead, but his spirit lives on here at Immaculate Conception, in our Diocese and in all the places he served the Church as a priest.  Of all the stories he told in his homilies, the one that probably none of us will ever forget was the story of the farm in Indiana where Fr. Chris would gather every year in the summertime to have a Mass with his family.  I may not have all the details correct, but as the story goes, his uncle and aunt years ago bought a farm in central Indiana that unbeknownst to them was in the middle of Klu Klux Klan territory, who as you know are not friendly to Catholics.  Their nearest neighbor was a dairy farmer, whose light they could see shining brightly in the barn every morning and evening as he milked the cows.  One evening, from a distance Fr. Chris’ uncle could see that the barn was dark, so he became concerned about the neighbor he had never met, so we went over and noticed the cows had not been milked, because as he later found out, the milk farmer’s wife had become seriously ill and he had been with her at the local hospital all day, so Fr. Chris’ uncle began to milk all the cows.  Suddenly, the dairy farmer returned and walked into the barn and stared intently at Fr. Chris’ uncle, with tears in his eyes.  And wiping away his tears, the dairy farmer apologetically said, “Tomorrow night we were going to burn you out!”  And so Fr. Chris and his family would gather every year for Mass on the farm sight to remember the night a man’s heart was changed because his uncle fulfilled the great command, “You shall love your neighbor as yourself.”

Today we too gather to celebrate the Eucharist, giving thanks to God for the many hearts that have been changed, including our own, because Fr. Christian Reuter, a priest of the Order of Friars Minor, was “resolutely determined” to be “All In” in fulfilling the mandate to “love your neighbor as yourself.”