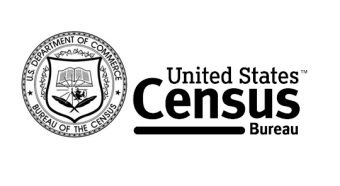 The 2010 Census counted more than 2 million incarcerated people in the wrong place.

Nothing has changed, since the Census Bureau will again count incarcerated people in the wrong place again in the 2020 Census which continues to distort democracy.

The U.S. Census Bureau announced it is leaving in place the inaccurate and outdated practice of counting incarcerated persons as “residents” of the prison location instead of their home communities. The Census Bureau will again count 2 million people in the wrong place which continues the practice that will ensure another decade of “prison gerrymandering” that unjustly awards extra political power to the regions that host prisons, perverting the principles of equal representation.

The Census Bureau is picking favorites based on economic and racial privilege: if boarding students are deemed to live at home, then the same logic should be applied to incarcerated people.

When the state and local officials use the Census Bureau’s prison count data attributing ‘residence’ to the prison location, they give extra representation to the communities that host the prison and dilute the representation of everyone else. This is harmful to rural communities that contain large prisons, because it seriously distorts redistricting at the local level of county commissions, city councils, and school boards. It also harms urban communities by not crediting them with the incarcerated population whose legal residence never changed.

The Prison Policy Initiative has long argued that the Census Bureau is in the best position to end prison gerrymandering nationwide, and the organization hopes that, by 2030, the Bureau’s residence rules will reflect reality. At the same time, four states have already passed legislation ending prison-based gerrymandering. New York and Maryland passed and implemented similar laws to count people in prison at home for this round of redistricting, and both states’ law were successfully defended in court. Delaware and California passed legislation that will take effect after the next Census in 2020.

The Census Bureau’s 2020 Census Residence Criteria and Residence Situations as well as the public archive of many of the comment letters submitted to the Census Bureau in 2015 and 2016 on ending prison gerrymandering can be found on the Prison Policy Initiative website. The non-profit, non-partisan Prison Policy Initiative does research to expose the broader harm of mass incarceration, and then sparks advocacy campaigns to create a more just society. Refer to the 2016-2017 Annual Report (published November, 2017) that can be reviewed on their website (https://www.prisonpolicy.org).